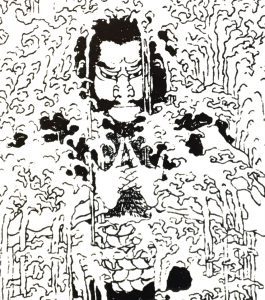 This conference aims at reconsidering the study of Shugendō through a historico-religious perspective, in contrast with the currently dominant ethnological approach. The participants will discuss doctrinal and practical interactions between Shugendō and other religious traditions such as Onmyōdō (“Way of Yin and Yang”), Shintō, and Esoteric Buddhism, in order to situate Shugendō within the broader Japanese religious mindscape. In particular, the influence of Shugendō not only in relation to sacred mountains (as it is mostly done), but also to rural areas and urban centers will be addressed. Moreover, the nature of “mountain religion” in general shall be problematized as a complex set of diverse phenomena involving not only Shugendō specialists, but also members of other religious traditions and even non- affiliated laypeople. The ultimate objective of the conference is to lead to a thorough reconfiguration of the sacred cultural geography of Shugendō. In detail, papers will focus on the following themes: (i) Visual, literary, and artistic strategies related to En no Gyōja, the legendary founder of Shugendō, as mechanisms of reinvention of the past and establishment of authority through texts, images, and symbols; (ii) sacred mountains located in peripheral areas such as Togakushi and Yudono, or Mt. Fuji (which was the place of practice for non-Shugendō mountain ascetics as well); (iii) networks involving Shugendō practitioners and other religious figures such as itinerant ascetics or lay members of religious confraternities (kō), as a way to bring to the fore the complex systems of alliances, competitions, and collaborations that always characterized Shugendō institutions.

With the Support of the Association for Asian Studies/Northeast Asia Council and the Grants-in-Aid for Scientific Research C (JSPS)/Research on Inclusion and Legitimization of En no Gyōja Hagiographies in Medieval Exo-Esoteric Temples” (16K02389, Spokesperson: Kawasaki Tsuyoshi).