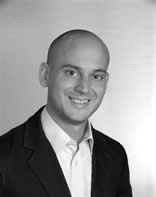 Eric Anton Heuser (Free University, Berlin) examines friendship practices and conceptions within the creolized Islamic culture of contemporary Java (Indonesia), focusing on how friendship is positioned in social discourses and how it intersects with other forms of social organization. This discussion highlights Javanese ideal discourses and shows their relation to cultured forms of ideal behavior that inform the national narrative and help produce Indonesia as a coherent nation.

Eric Anton Heuser is a lecturer and researcher in the Department for Social and Cultural Anthropology at the Free University of Berlin (comparable to Assistant Professor in the United States). He received his BA at Melbourne University, Australia and his MA at the School of Oriental and African Studies at the University of London. For his doctoral research at Freiburg University in Germany, Eric carried out anthropological fieldwork for 18 months in Java and Bali. His ethnographic research focuses on how friendship as a social relationship is practiced, conceptualized and appropriated in Javanese postcolonial social discourse in times of advanced globalization and transnationalization.

His research interests include relatedness, religion, sexuality and emotions, and his regional expertise is Southeast Asia, especially Indonesia, and the Caribbean / Trinidad. His interdisciplinary and transregional approach focuses on the intersections of relatedness, gender, religion and political discourses in creolized Muslim societies. His latest research project ?Transoceanic Islams? was just awarded a $90,000 fellowship by the German Volkswagen Stiftung.