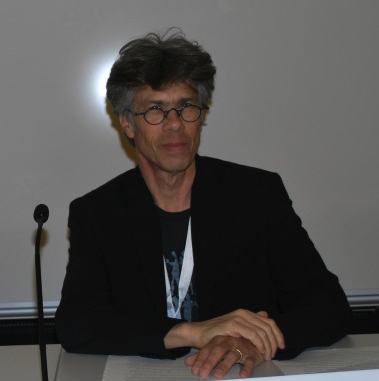 Since being named the J. F. Rowny Professor of Comparative Religion in 2011, I have returned to the focus of my PhD dissertation and first book, Myths of the Dog-Man (Chicago: 1991). While that project focused on the spread of the mytheme of a particular monstrous race across ancient and medieval Asia and Europe, my current interest concerns contacts and exchanges in matters of demonology. Unbound as they are by exclusivist doctrinal and institutional strictures,, demons have traveled more lightly than gods, and so it is that one finds the names of Buddhist demons in medieval Manichean spell texts, charms against Iranian demons in Lithuanian and Chinese sources, an amulet of an Indian demoness at an archeological site in Turkmenistan, and so on. Elsewhere, the yoginis and dakinis of South and East Asian Hinduism and Buddhism are found to be related to the striga of ancient Rome and the vampires of early modern eastern Europe; the tenth-century BCE Homeric myth of Odysseus and Circe reappears, only slightly altered, in the Mahavamsa, a fifth-century CE chronicle of the island of Ceylon; and the nightmares of European lore find their homologues in the maras of South Asia and the Chinese “devil-kings” called mo-wang. It is the “connected histories” of these beings and the humans who trafficked in them that have become my area of focus. Both the Silk Road and ancient and medieval maritime trade routes were information superhighways, and a portion of that information was demonological. It is easy to imagine soldiers, sailors, merchants, diviners, monks, and priests swapping amulets and spells at Silk Road halting points and ports. Demons and the techniques to control them were as much a commodity in the ancient and medieval world as germs, guns, and steel.