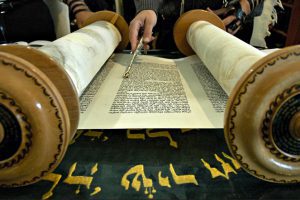 The primary areas of focus in Jewish studies with the Department of Religion include hermeneutics and textual interpretation from late antiquity to the present, philosophy and mysticism in the medieval and modern periods, and cultural studies, political thought, and gender theory.  Although the study of Judaism is treated as a discrete area of concentration, it is expected that students who enter the program will explore comparative avenues of research within the department.  In addition to the core faculty members in Religious Studies, the Jewish Studies program at UCSB includes seventeen affiliated faculty members, who represent a variety of disciplinary approaches in nine other departments on campus, including History, Germanic and Slavic Studies, Comparative Literature, English, French and Italian, Classics, History of Art and Architecture, Film and Media Studies, and Political Science.  We would encourage students to explore these other resources at the university in the effort to construct a multidisciplinary approach in pursuit of their graduate degree.  It is expected that students admitted to do graduate work in the study of Judaism demonstrate mastery over Hebrew and at least one other research language pertinent to the chosen area of study or subfield, for example, Greek Latin, Arabic, or Yiddish.

Click here for general information on Jewish Studies at UCSB