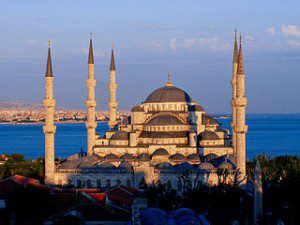 Students in the Islamic Studies concentration work on a wide range of historical periods from the advent of Islam to the present in a variety of cultural regions, especially the Middle East, South Asia, and North America. The study of Islam in its different formations and settings and of Muslims in their historical, social, and cultural diversity is encouraged by the faculty, together with inquiry into Islam’s interactions with other religions and non-Muslim peoples. Students are expected to become familiar with various approaches used in the field, including philological textual studies, social and political history, comparative research, gender studies, and ethnographic fieldwork. The doctoral program in Islamic studies at UCSB expects students to develop expertise in the following areas: