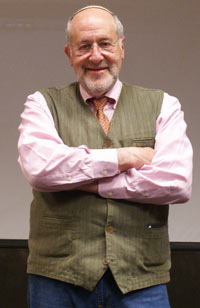 Richard Hecht was trained as a historian of religions under the influence of Mircea Eliade through his teacher at UCLA Kees W. Bolle. He has become increasingly interested in the deep contextualization of religion in its lived environments and most centrally the intersections of religion, politics, and culture. His work is comparative and multidisciplinary, both of which are essential, in his opinion, to the larger study of religion.

Professor Hecht regularly teaches courses in the area of Judaism, including advanced Hebrew text courses which span ancient Israel and the Hebrew Bible, rabbinic Judaism, and medieval and modern Jewish thought; courses in the area of religion, politics, and culture; and a graduate seminar in the history of religions (Religious Studies 250) which takes up the work of central figures in the history and contemporary practice of religious studies (in recent years the seminar has read extensively in the work of Sigmund Freud and Walter Benjamin).