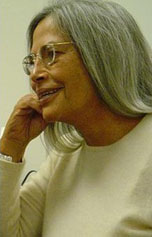 I arrived at UCSB in 1979 from Dartmouth College to develop the area of Native American Religious Traditions. Since then I have developed ten undergraduate courses in this area of study and have taught a variety of graduate seminars. The UCSB Religious Studies Department is unique in the nation in that we offer a Ph.D. in religious studies with an emphasis in Native American Religious Traditions. Religion is the central domain of Native American cultures; it is considered the lifeway that connects people to each other and to the non-human world. Our classes introduce students to Native America’s rich oral traditions, languages, and cultural heritages, from the historical point of encounter to present-day Native American realities. Since my arrival I have had the pleasure of guiding many graduate students through their doctoral degrees in this area of study. My emphasis on teaching and mentoring is critical to my work, as is field research.